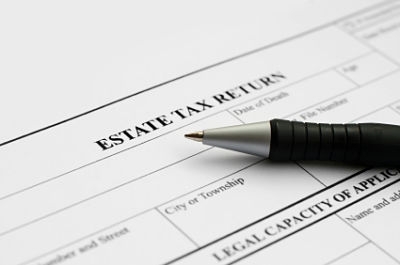 Finally, a Permanent Estate Tax, Though Just for the Wealthy Few

After more than a decade of nearly constant change, the federal estate tax is finally permanent. It’s a bit more onerous than last year’s version but still only a shadow of its former self. New tables from the Tax Policy Center show that in 2013, just 3,800 estates—fewer than one in 700—will owe the tax. And they’ll pay a total of just $14 billion—half the revenue collected five years ago.

With the passage of the American Taxpayer Relief Act of 2012 (ATRA), Congress set the effective exemption for combined bequests and gifts at $5 million, indexed that value for inflation, and allowed surviving spouses to claim any exemption not used by their deceased mates. It also raised the rate to 40 percent, 5 percentage points higher than in 2012.

The estate tax has endured nearly constant change over the past dozen years. The 2001 tax act (EGTRRA) reduced the tax in steps, raising the effective exemption from $675,000 in 2001 to $3.5 million in 2009 and cutting the top rate from 55 percent to 45 percent before repealing the tax entirely in 2010. Because EGTRRA expired entirely in 2011, the repeal lasted only one year. But rather than let the tax return to its pre-EGTRRA status, Congress set new parameters for 2011 and 2012: a $5 million exemption and a 35 percent tax rate. The tax reverted to 2001 law at the stroke of midnight last New Year’s Eve.

ATRA reversed that just a few hours later. For the first time in over a decade, we have a permanent estate and gift tax. The wealthy will no longer have to arrange their gifts and wills in the face of uncertain law as they did in the closing months of 2010 and 2012.

All but the largest estates will now pass to heirs tax-free. And because surviving spouses can use any exemption not claimed by their dead mates’ estates, couples have less incentive to shift ownership of assets when one spouse dies. (There’s still a big incentive—moving a decedent’s assets into a trust can free subsequent appreciation from estate tax. And the first spouse’s estate must file an estate tax return to preserve the leftover exemption.)

The higher 2013 tax rate makes no difference to the nearly 99.9 percent of estates that are exempt from estate taxes. But big estates will face a significantly higher tax bill.—a $100 million estate will pay nearly $5 million more.

In the end, the details are less important than the fact that Congress has finally made the tax permanent. The rich will still hire attorneys to structure their estates in the most tax-advantaged ways but at least they won’t have to worry about big year-to-year changes in the law.