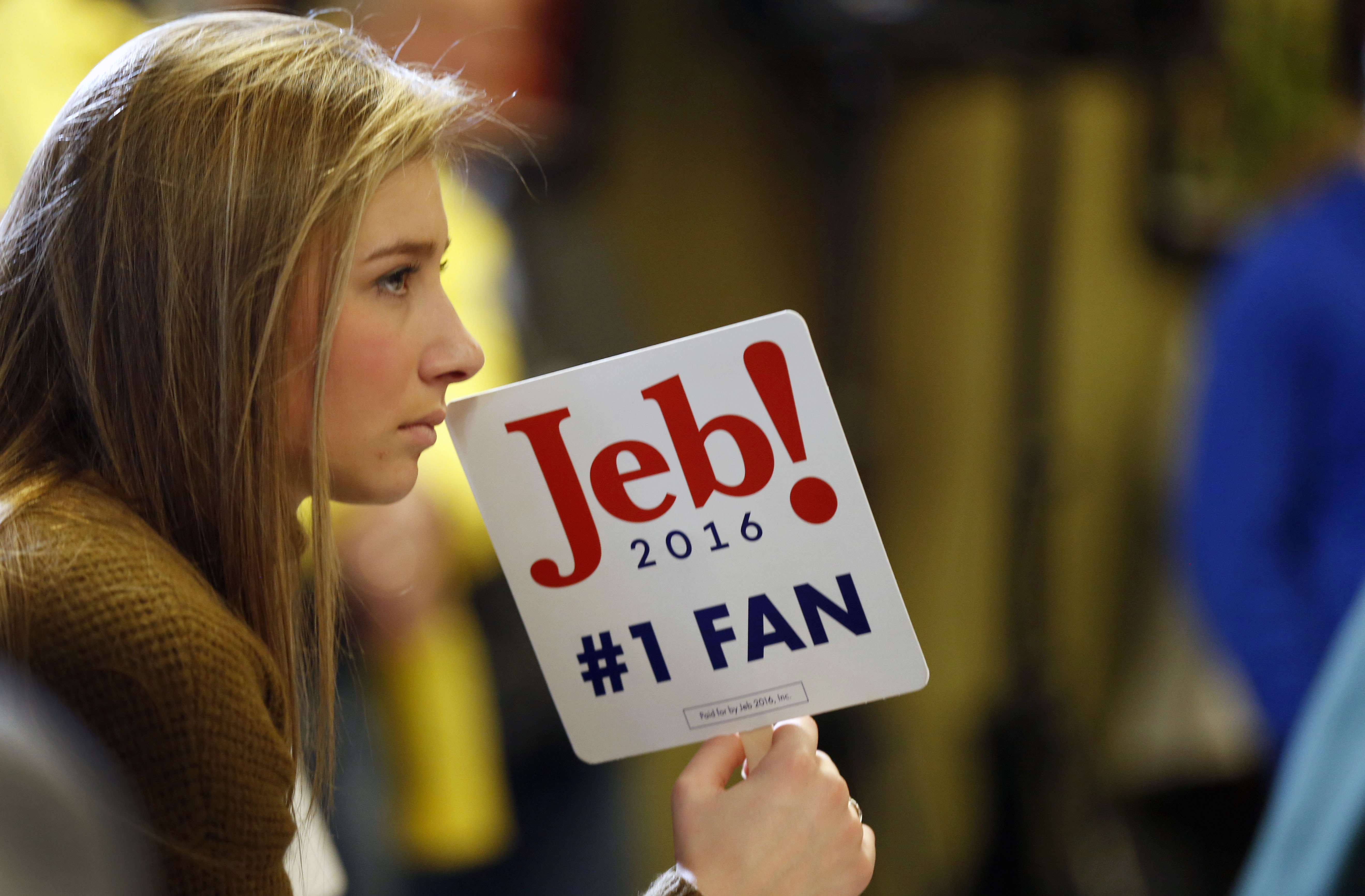 GOP presidential candidate Jeb Bush offered a tax plan last week that he says “eliminates the marriage penalty.” But it may not help many low-income working families.

A married couple is penalized if it pays more tax filing a joint return than if each spouse could file individually. Conversely, marriage bonuses occur when marriage lowers a couple’s combined tax bill. Both situations result from the unavoidable conflict among three tax goals: 1) progressive rates, 2) levying the same tax on married couples with the same total income, and 3) imposing the same tax on a couple, regardless of marital status.

As I explained in a 1997 Congressional Budget Office study, since tax rules cannot achieve all three goals, the compromise creates both penalties and bonuses (which, by the way, some unmarried people view as “singles penalties”). As long as we maintain joint filing for married couples, cutting penalties also boosts bonuses.

Tax cuts enacted during George W. Bush’s presidency reduced marriage penalties by setting the standard deduction and widths of the bottom two tax brackets for couples at twice those for single filers. That helped many low- and middle-income taxpayers but still left significant marriage penalties in place. Jeb would go further by letting a lower-earning spouse file as a single person with just his or her own earnings, leaving other income and all dependents, deductions, and credits with the higher earner. 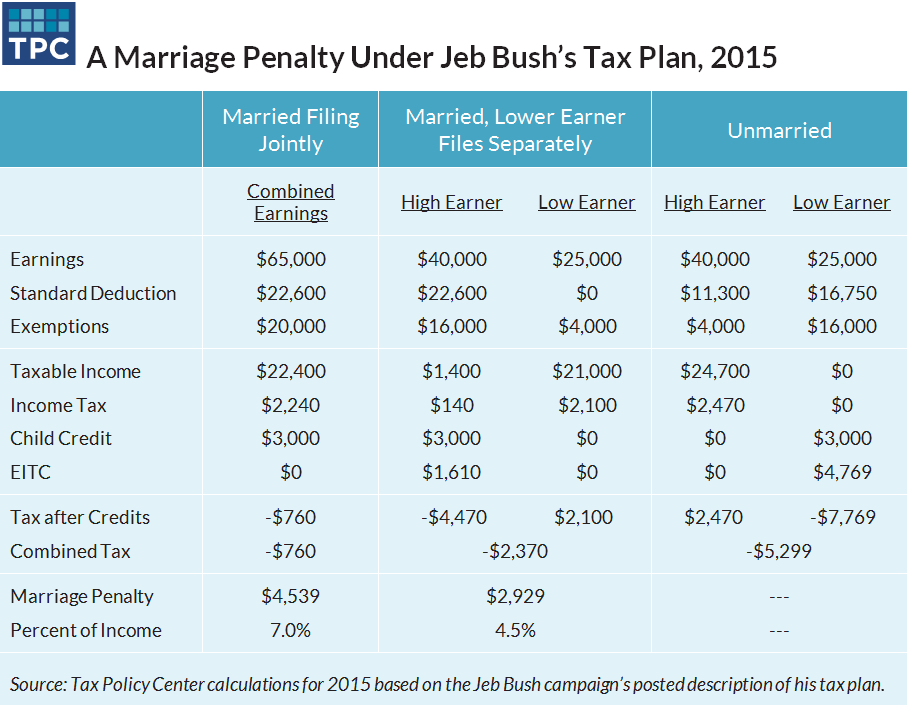 Separate filing means that the lower earner’s taxes start in the 10 percent bracket rather than at the higher earner’s tax rate—as high as 28 percent in Jeb’s plan. For many couples, that’s enough to wipe out any marriage penalty. Take a couple claiming the standard deduction where one spouse earns $100,000 and the other makes $80,000. If they file jointly for 2015, their tax bill would be $27,861, a $246 penalty compared to the $27,615 they’d owe if they weren’t married and could file individually. Because it would tax the lower earner’s income separately, the Bush plan would leave their tax the same as if they were not married and thus would zero out their marriage penalty.

But the plan wouldn’t reduce marriage penalties on some tax credits. For example, low-income families could lose some or all of their earned income tax credit (EITC) by choosing to marry. Under Bush’s plan, a single mother who earns $25,000 in 2015 and has three children owes no income tax of her own and could claim a refundable EITC of $4,769 plus refundable child credits totaling $3,000. That would give a net refund of $7,769 (table). Her boyfriend who earns $40,000 would owe $2,470 of income tax, so together they’d get a net refund of $5,299.

If they marry and file jointly, their 2015 tax before credits would drop to $2,240. They would retain the child credits but lose all of the EITC, reducing their net refund to $760—a marriage penalty of more than $4,500, or 7 percent of their combined earnings.

Bush’s tax plan would mitigate that penalty. Stripping the wife’s earnings out of the family’s tax return would restore about a third of the lost EITC and raise their net refund to $2,370. That cuts their marriage penalty by roughly a third to about $2,900, 4.5 percent of their pretax income. That reduces their marriage penalty but, despite Bush’s promise, would not eliminate it.

Phasing out the EITC as family income rises makes sense—after all, the credit is intended to help low-income workers. Few people would argue that a low-income single mother who marries a millionaire should continue to get EITC. But the phaseout can impose large marriage penalties on low-income families and the Bush tax plan fails to eliminate them, despite what the candidate promises.

Caveat: I’ve based my tax calculations on the public description of the Bush tax plan, which doesn’t fully explain some important details. The assumptions I made to fill the gaps may be wrong.