May state sales tax receipts shrank by nearly $6 billion, or 21 percent, compared to May 2019, according to data compiled by the Tax Policy Center. State stay-at-home orders, decisions to close businesses, states’ sales tax filing and payment deadline extensions, and COVID-19 cases all contributed to the freefall of sales tax revenues.

State sales tax revenue data for May are available from 42 states (five states have no broad-based sales tax). Revenues declined in every sales tax state that has reported May data, but because the extent of the COVID-19 pandemic, business mix, and reliance on sales taxes are so different from state-to-state, there was wide variation in the size of the drop (Figure 1). For example, year-over-year revenues fell only slightly in Utah and Idaho but plummeted by more than one-third in Connecticut, New York, and (surprisingly) North Dakota. 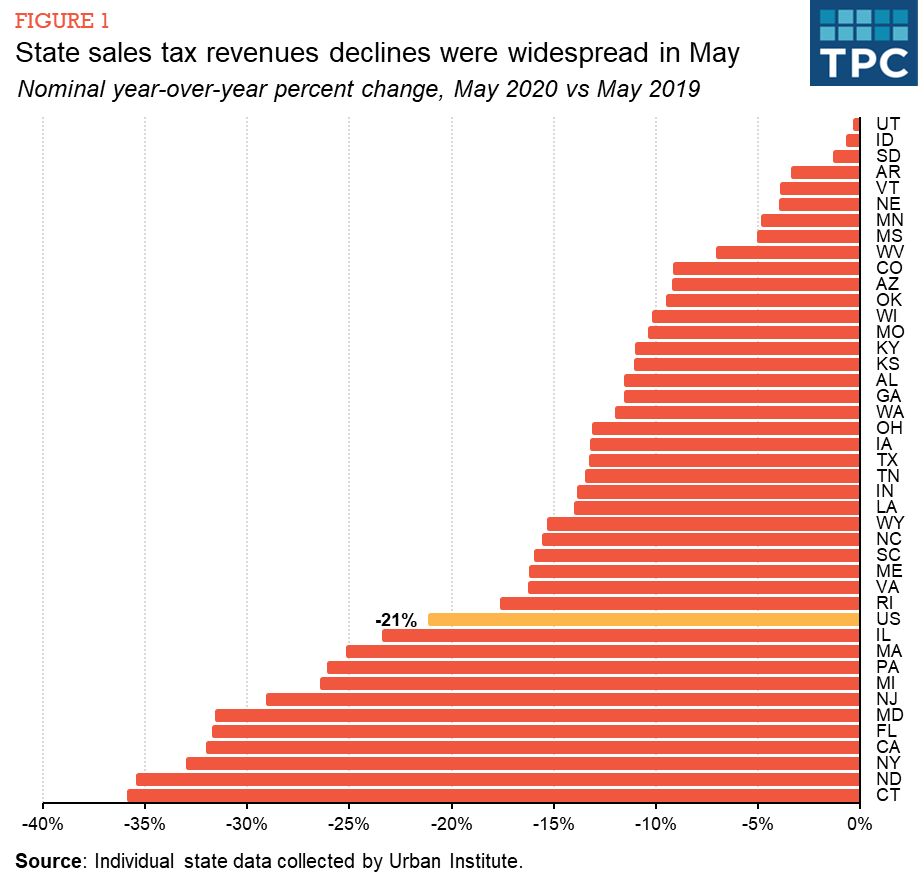 States have different rules for collecting sales taxes from businesses, which affect the timing of revenues. More than two dozen states extended sales tax filing and payment deadlines and/or waived penalties and interest to help businesses mitigate the financial impact of theCOVID-19 pandemic. Those timing shifts help explain the steep revenue declines in Connecticut and California.  By contrast, Idaho, South Dakota, and Utah suffered very modest sales tax declines, in part because they tax groceries and because neither issued stay-at-home orders. In addition, Idaho sales tax revenues were relatively stable in part because the state enjoyed considerable population growth.

Because businesses usually remit the taxes with a one-month lag, the May data generally reflect sales in April, when state economies were mostly on pause. The depth of the sales tax revenue freefall is unprecedented; even in the Great Recession declines were less severe (Figure 2). 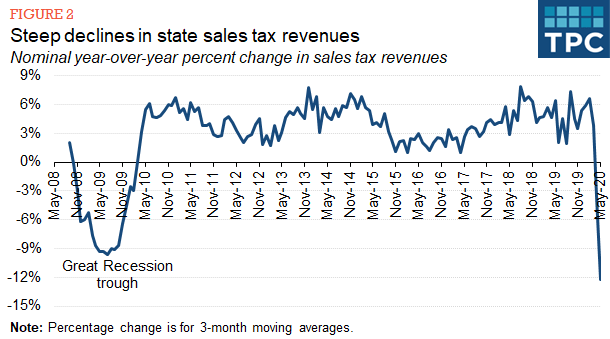 Georgia’s Governor Brian Kemp was the first to  reopen parts of his state’s economy--after only  21 days. By the end of April, 33 states still had such orders in place. Opening the economy could improve sales tax revenues but will depend critically on consumer behavior and confidence. At this point, most states are facing staggering revenues shortfalls and we estimate that shortfalls could reach $200 billion in fiscal years 2020 and 2021 combined.

While the COVID-19 pandemic poses a financial threat to all states, those where leisure and hospitality are critical industries and that rely heavily on sales tax revenues are particularly vulnerable. For example, sales taxes represent 60 percent or more of revenues in Florida and Texas (Figure 3).  The top 6 states with the highest reliance on sales tax revenues do not have broad based income taxes. Therefore, the lockdowns meant substantially less revenues for the states with higher reliance on sales taxes. On a more positive note, e-commerce sales have surged since mid-March and, thanks to the US Supreme Court’s Wayfair decision, states are able to collect sales taxes from online transactions. However, some states still have to sort out the administrative and legal complexities of online sales taxation, and two states – Florida and Missouri – are still not imposing tax on remote sales. 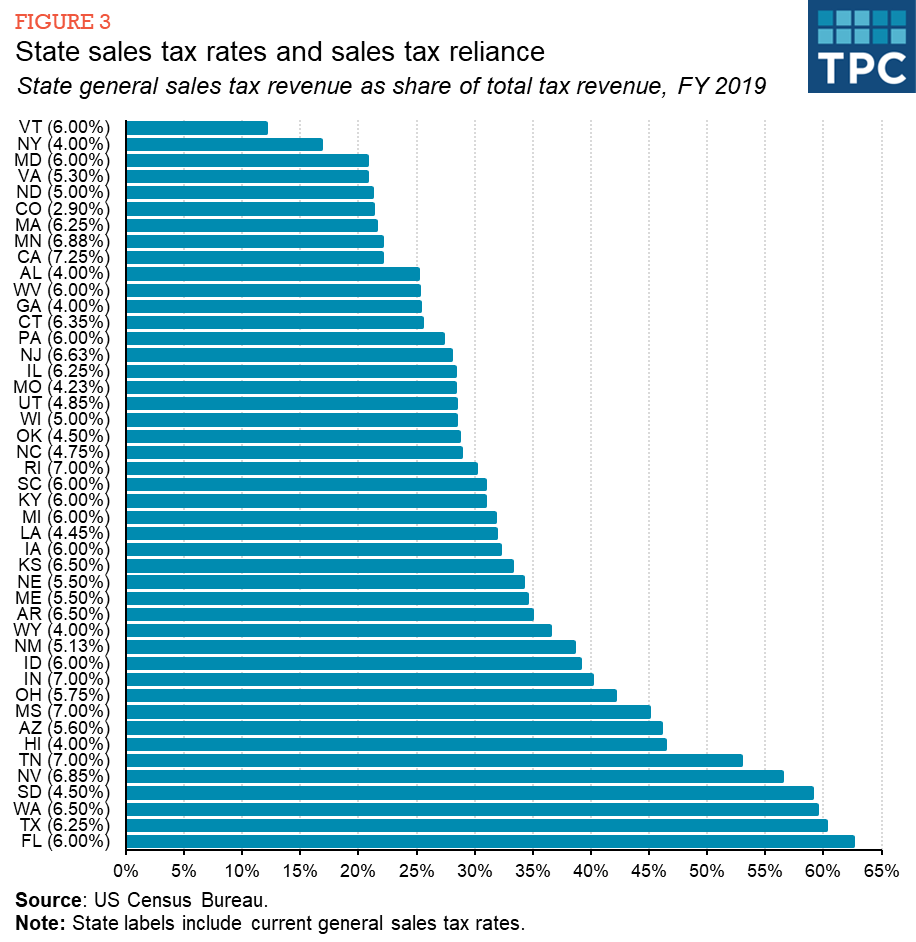 The complex trajectory of the pandemic and of state responses to it suggest that there will be significant movement in sales tax revenues over the next several months. For states that remained largely closed throughout May and delayed collections, we would expect equally stark declines in the June revenues. The re-opening of businesses will lead to some growth in sales tax revenues, but that too will depend on the future path of the pandemic. Given the recent resurgence of COVID-19 in many states, the return of sales tax revenues to prior levels is not likely to occur any time soon.