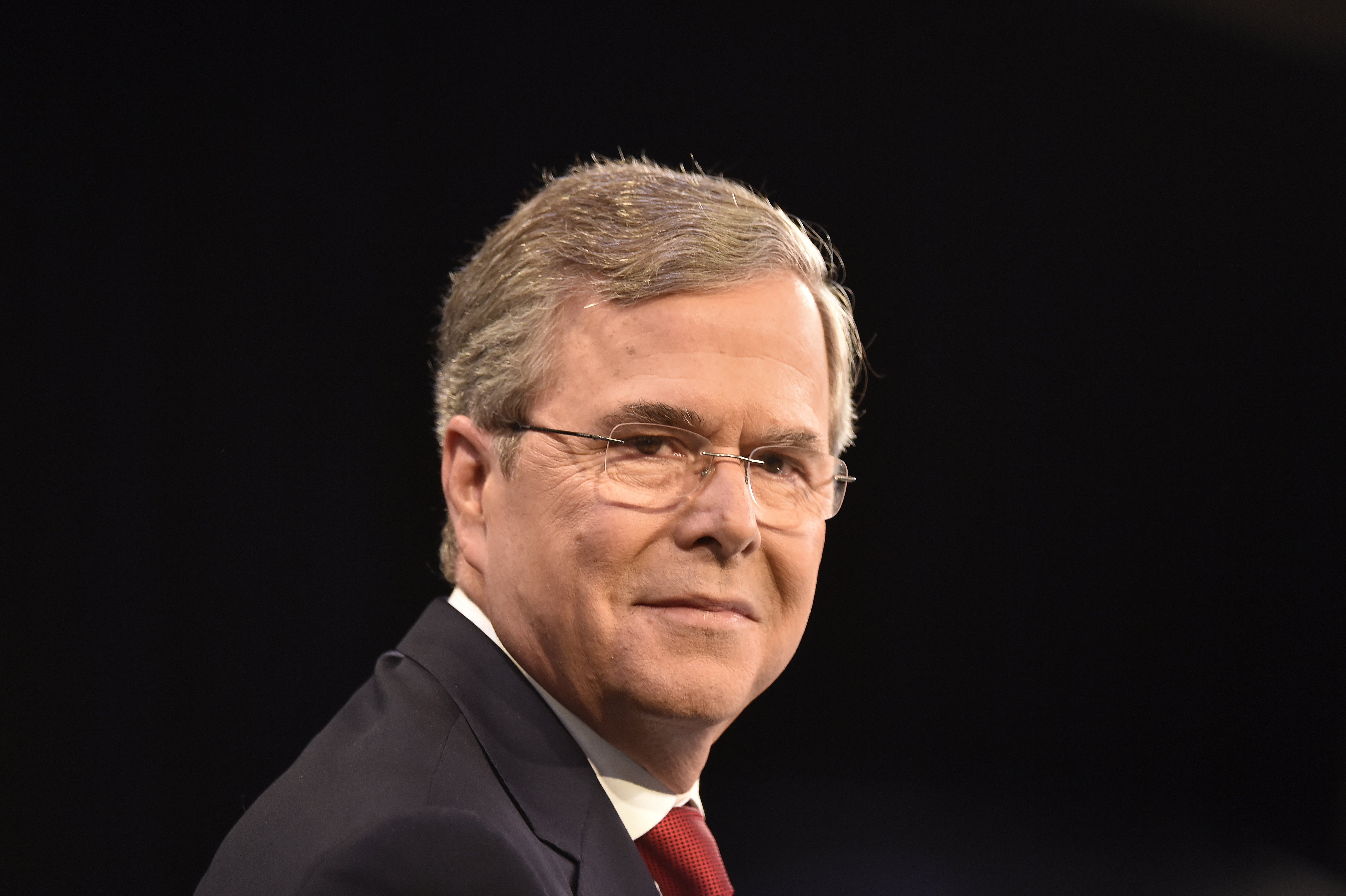 The Cost of the Bush Tax Cuts, and What It Might Mean

While GOP presidential hopeful Jeb Bush has been reluctant to describe his tax plan as a tax cut, economists close to him have not. And newly-released cost estimates of his tax reform plan-- and their consequences--are worth considering.  The very short version: His plan would add at least a trillion dollars to the national debt (and likely much more) over the next 10 years unless the revenue loss is offset by significant spending cuts.

Four high-profile conservative economists conclude that, using traditional congressional budget scoring, Bush’s plan would add $3.4 trillion to the debt over the next decade ($376 billion in 2025 alone).  That assumes taxpayers adjust behavior in response to tax changes but does not include macroeconomic effects of changes in the revenue code. Including that economic response, which they estimate at 0.5 percentage points of added growth per year over the next decade, lowers the cost of the tax cut by almost two-thirds, to $1.2 trillion.

The longer-term cost may be higher, even with dynamic scoring. For example, they assume that business tax cuts phase in slowly from 2016 through 2021. Thus the full budget costs would be reflected in only the last few years of the 10-year budget window. In addition, the Bush plan includes a one-time 8.75 percent tax on about $2 trillion in existing unrepatriated foreign earnings of US-base corporations that would be spread over 10 years but then end.

The Tax Foundation has reached a similar conclusion about the Bush tax plan. It estimates the proposal would cut taxes by $3.6 trillion over 10 years under a static estimate or $1.6 trillion using dynamic scoring.

The economists--John Cogan, Martin Feldstein, Glenn Hubbard, and Kevin Warsh-- call their growth forecast conservative.  But getting permanent 0.5 percent annual growth from a tax cut is an extremely ambitious goal. My Tax Policy Center colleague Bill Gale concludes that “evidence that income tax cuts can boost economic growth rates is weak.” In a paper with Andrew Samwick, a former economic adviser to President George W Bush, Bill found that past tax cuts have had little or no effect on the overall economy.

It is possible that some business tax cuts can boost the economy in the short run. But because these changes principally affect the timing of business investment, their effects are often transitory and wash out after a few years.  Individual tax changes have made little or no difference.

The four economists also note that to get the full impact of the tax cuts, Bush and Congress would need to cut planned spending significantly. Their estimate: Planned spending growth would have to be slowed from 4.2 percent of Gross Domestic Product to 3.2 percent—a reduction in projected spending of about one-quarter. If their projected supply-side effects failed to materialized, spending reductions would have to be much bigger.

Where would that come from? They economists suggest entitlement reform (i.e.: cuts to Medicare, Medicaid, and Social Security) or repealing the Affordable Care Act—through CBO projects dumping the ACA would add to the deficit, not reduce it.

My colleagues at the Tax Policy Center plan to have their own estimates of the distributional and revenue cost of his plan soon. But there is no doubt the plan is a huge tax cut. After all, economists such as Cogan, Feldstein, Hubbard, and Warsh say so.