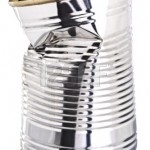 Congress Kicks the Fiscal Can off the Front Stoop

In the end, it looks like Congress isn’t even going to kick the fiscal can down the road. Assuming the House passes the deal agreed to by the Senate on New Year’s Eve, lawmakers will barely get that battered tin container it off the front stoop.

The agreement preserves nearly all of the 2001-2010 tax cuts (with a few key exceptions) and delays most scheduled automatic spending reductions for two months. In effect, for all of the recent over-the-top budget drama, the deal preserves the unsustainable fiscal status quo, which is to say Congress will continue to spend far more than it is willing to collect in taxes. 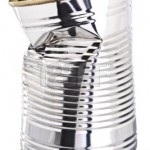 Worst of all, it sets up yet another fiscal crisis in just a few months when, in short order, the federal government reaches its legal borrowing limit and yet another temporary measure keeping government agencies operating expires.

The fiscal cliff deal permanently extends nearly all the tax cuts enacted from 2001 to 2010. One key provision makes permanent the Alternative Minimum Tax “patch” that until now has been extended only one year at a time. That patch would keep about 28 million households off the AMT in 2013 alone. The deal extends for five years some refundable tax credits that were intended as temporary stimulus in 2009 and 2010.

There are a few exceptions to this largess. Individuals with taxable income of $400,000 and couples making $450,000 or more will again pay the Clinton-era top rate of 39.6 percent on ordinary income. They’ll also pay a 20 percent rate on capital gains and dividends, up from 15 percent. On top of that, high-income households will pay another 3.8 percent tax on investment income starting this year under the 2010 health reform law.

Individuals making $250,000-plus and couples making $300,000 or more will also once again face limits on their personal exemptions (PEP) and itemized deductions (Pease). Finally, all workers will lose the temporary 2 percentage point payroll tax cut that was first enacted as part of the 2010 stimulus.

These estimates are relative to what people would pay under 2012 tax rules (the current policy baseline). However, they exclude the lost payroll tax cut which would add an average of about another $740 to every worker’s 2013 tax bill.

Of course, the picture is very different if you compare it to what would happen if all the 2001-2010 tax cuts had been allowed to disappear. Looked through that prism, the congressional Joint Committee on Taxation estimates the New Year’s Eve budget deal would add almost $4 trillion to the deficit over the next decade. Under that baseline, TPC figures Congress is cutting taxes by an average of about $1,800 per year. The top 1 percent would get an average tax cut of almost $26,000.

Finally, this deal takes one very important step. After more than a decade where nearly the entire tax code was temporary, Congress may be about to make most of the law permanent. Not all—those low-income credits are extended for five years and about $75 billion in temporary individual and business tax “extenders” were allowed to continue for just one more year.

Tax law stability normally is a very good thing. But is the revenue code really stable when it produces far less money than the government spends?  It is possible, though unlikely, that Congress will rewrite the entire code in 2013. But sometime soon, lawmakers will almost certainly have to dip back into the tax code for more revenue, making the details of the fiscal cliff deal ephemeral.

In short, this budget agreement will accomplish next to nothing. Congress is only buying time—and precious little of it.