Clinton’s tax hikes on the "1 percent"

If you'd like to take a break from the made-for-TV thrills of the Democratic convention, TPC has prepared a series of bite-sized explanations of Hillary Clinton's tax proposals. We'll be running them daily while the Democratic Party is gathering in Philadelphia. Last week, while the Republicans were in Cleveland, we published four posts on Donald Trump's tax plan.

The Democratic Party’s presumptive nominee for president, Hillary Clinton, has proposed a series of tax changes that would raise $1.1 trillion in revenue over the next decade. High-income earners would contribute nearly all of it. 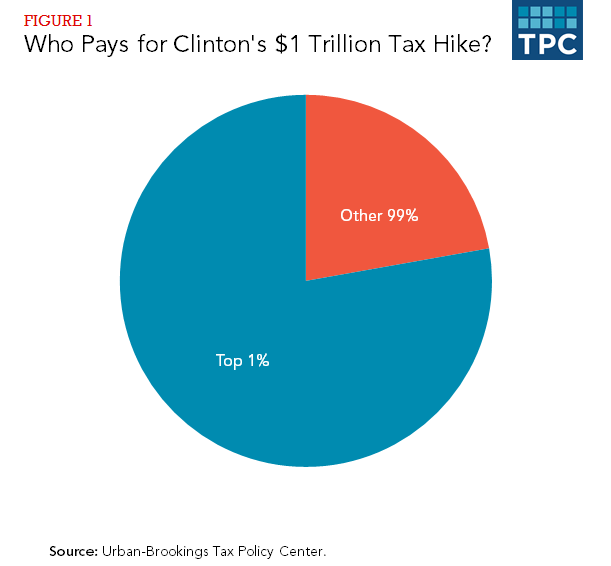 Three Clinton proposals generate most of this revenue: a 4 percent surcharge on adjusted gross income (AGI) above $5 million; a new requirement that filers with AGI greater than $1 million pay a 30 percent minimum effective tax rate (i.e., the “Buffett rule”); and a 28 percent cap on the value of specified exemptions and deductions.

Low- and middle-income households would, on average, see little change from Clinton’s proposals. They would contribute a small part of the tax increase because TPC projects Clinton’s business tax hikes would slightly lower their wages.