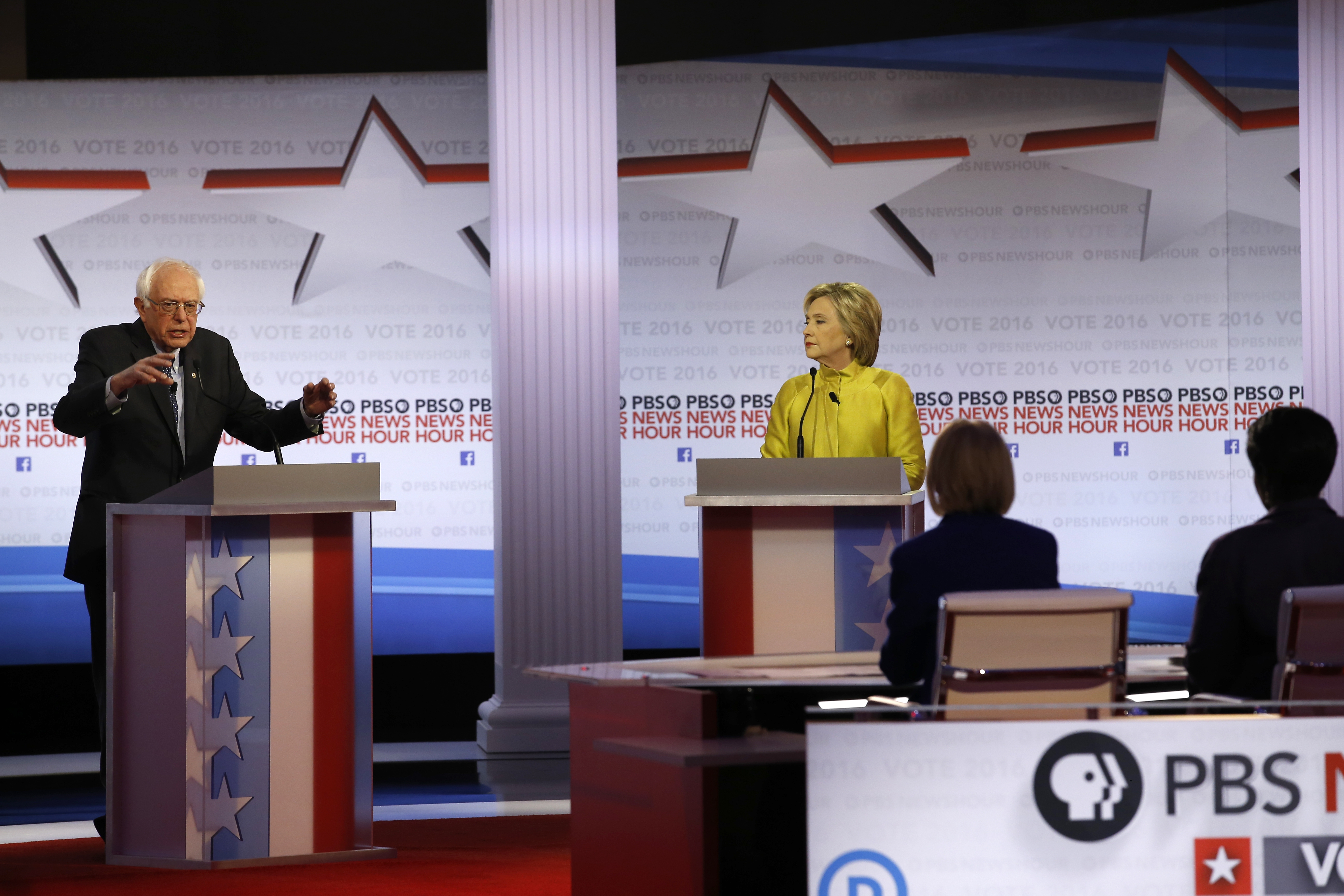 Hillary Clinton and Bernie Sanders both want to create ambitious new government programs to help middle-income families with medical and education costs and family leave. Both say they’d pay for those initiatives by raising taxes. But there is an important difference between them: Clinton would finance her ideas by boosting taxes only on high-income households while Sanders believes that middle-income families also should pay some higher taxes to finance his plans.

It is a fascinating contrast between Sanders, a self-described Socialist who is really a middle-of-the-road European social democrat, and Clinton, who increasingly appears to be running as a traditional American liberal. But in recent weeks, Sanders has been blurring that contrast, suggesting he’d limit tax increases on middle-income households.

Sanders, by contrast, has not yet laid out his own tax plan, though he promises to do so before the Feb. 1 Iowa caucus. Still, Sanders has broadly described where he’s headed. Like Clinton, he’d boost taxes on the rich—he’s talked about a financial transactions tax and a straight-forward, but unspecified, tax rate hike on high-income households.  And he’d raise corporate taxes and uncap the Social Security payroll tax. But he’s also said he’d modestly boost payroll taxes on all workers to help finance an expanded family leave program.

In the past, he’s been even more willing to raise taxes across the board. For instance, Sanders has been a long-time backer of a Medicare-for-all single payer health system. His 2013 Senate version of that plan would have funded the expanded health program with a 2.2 percent tax on taxable income of less than $200,000, plus additional taxes on higher income households, the financial transactions tax, and an additional payroll tax on employers. He's also backed a carbon tax, much of which would also fall on low- and moderate-income households.

This fits easily with the European sense of social solidarity, which is comfortable with imposing regressive taxes to support generous social programs for all. Think Value-Added Tax, for instance. For much of his career, Sanders seemingly has been fine with this trade-off.

But Clinton has regularly hammered Sanders for his willingness to raise taxes on middle-income households. And in late December, the Vermont senator seemed to be walking back some of those tax increase ideas. He told NBC’s Chuck Todd, for instance, that he’d only raise taxes on the middle class to help pay for his family leave plan.

But he’s not backing off from Medicare for all, or from his plan for free college tuition. And that leaves Sanders with a serious math problem: It may simply not be possible to generate enough revenue from a  small number of high-income taxpayers to finance his extremely ambitious agenda. To get a sense of the challenge, take a look at this Tax Policy Center paper from 2010.

Yet Clinton has a problem too. While her ideas are far more modest than Sanders, she has built her own policy box by flatly ruling out any tax hikes on couples making less than $250,000. While she defines them as middle-income, she probably doesn’t need to be told that $250,000 is four times the household median income. Nor does she need to be told that about 90 percent of households fall below her threshold, making it a rather broad definition of “middle.”

A Democrat could plausibly argue that high-income households should pay more than they do today to support U.S. social policy. But it seems much harder to make a convincing case that they should pay all the additional cost of programs that benefit society at large.