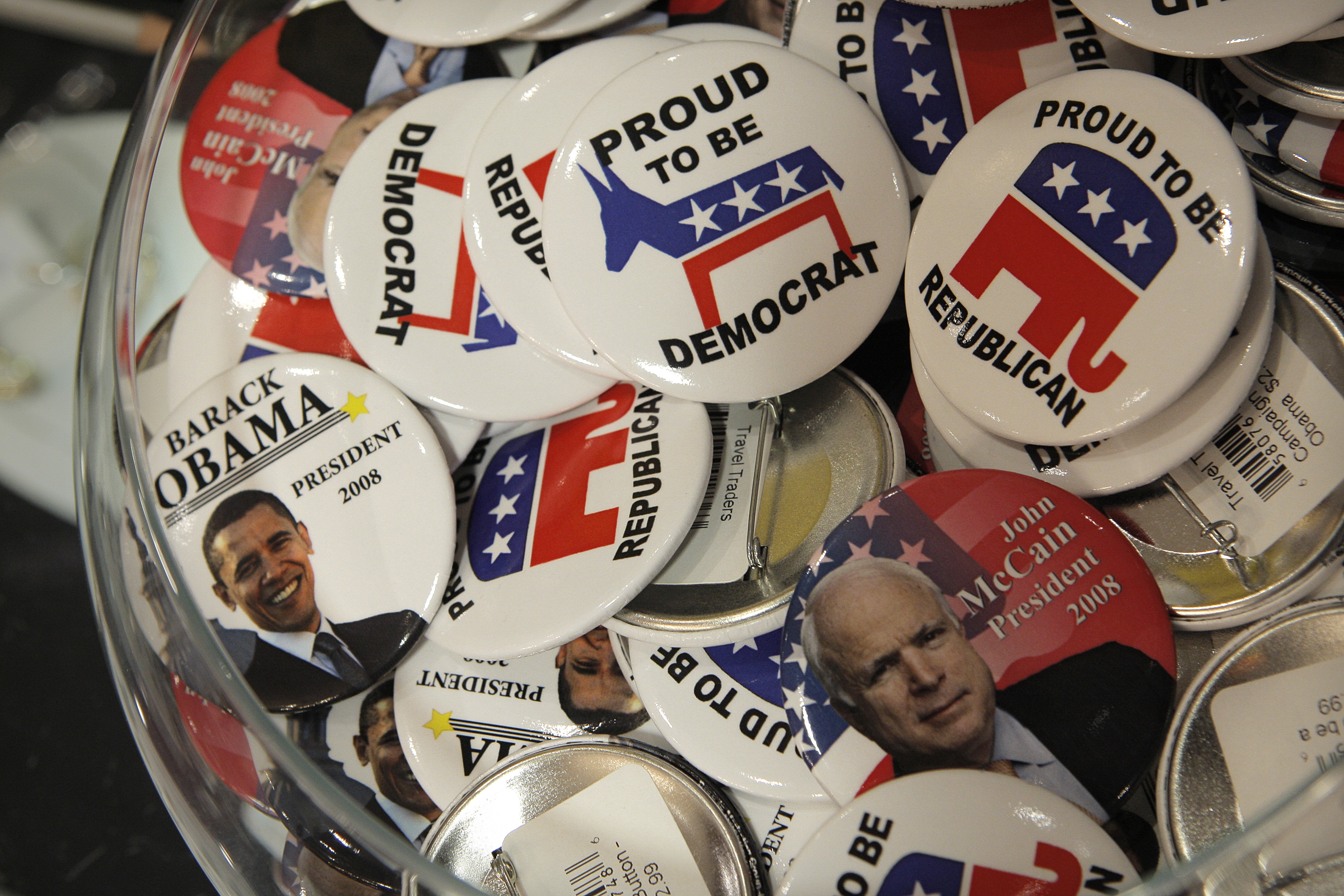 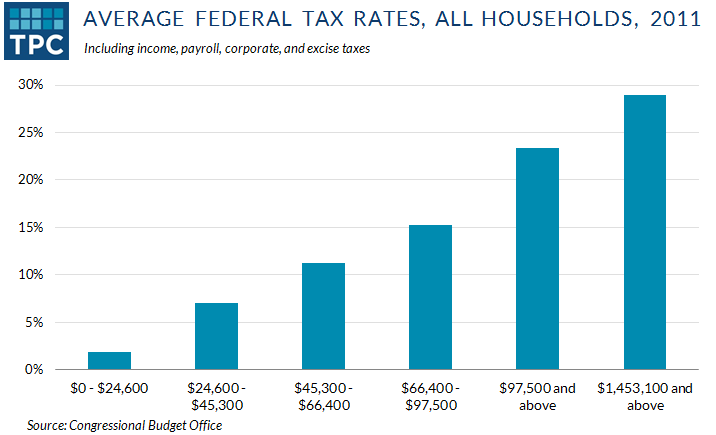 The distribution is progressive because average tax rates increase with income. On average, those in the lowest-earning group pay 1.9 percent of income in federal taxes while those in the highest-earning group pay 29.0 percent. The individual income tax, which has higher rates on higher levels of income, is mostly responsible for the progressivity of the federal tax system (payroll taxes and excise taxes are regressive).

The distribution of a national retail sales tax is very different, as the second chart shows. 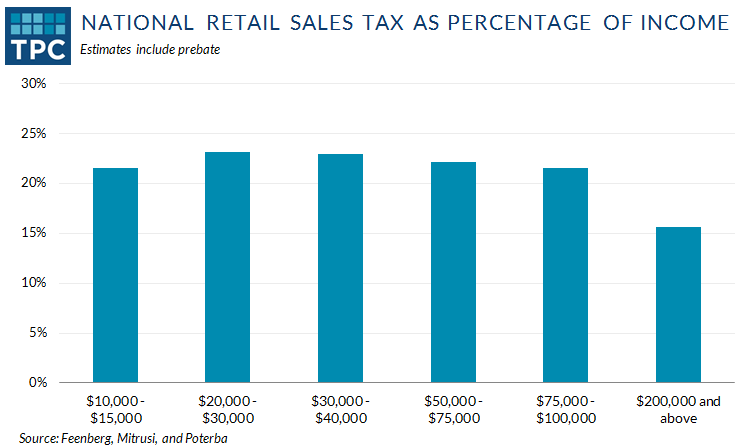 These estimates were produced by Dan Feenberg, Andrew Mitrusi, and Jim Porteba in 1997. The years and income groups are different so we cannot make exact comparisons between the charts. But the pattern is clear: The single-rate national retail sales tax is regressive because average tax rates fall as income rises. Those in the lowest-earning group ($10,000 to $15,000) pay an average of 21.5 percent of income in taxes while those making more than $200,000 pay an average 15.6 percent in taxes.