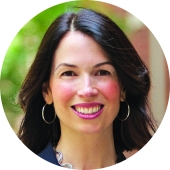 A business cash flow tax could reduce investment, contrary to what some economists think

As tax reform discussions heat up, policy nerds have been debating the House Republican proposal for a destination-based cash-flow tax for business income. Much of that discussion has focused on the destination-based aspect of the proposal. But few have focused on the other, equally important half of the proposal, which President Trump has also has endorsed: Replacing the business income tax with a business cash-flow tax.

Supporters say the idea would boost investment and economic growth. But in a new working paper, I explain how such a system may provide little benefit—or even reduce investment—especially among very large and public companies.

Given that these firms make over half of all US investments, this means that a business cash-flow tax may reduce growth, even before accounting for the massive increase in deficits under the House Republican and Trump tax plans.

In theory, replacing depreciation and related deductions with expensing should increase investment since it reduces the marginal tax rate on “normal” returns to new investment to zero or below. However, expensing costs hundreds of billions of dollars over 10 years, so it requires a higher statutory tax rate for any given revenue level. While the House Republican plan cuts the statutory tax rate, the rate is still much higher than it could be if the plan did not include expensing but raised the same amount of revenue.

Again in theory, this relatively higher rate shouldn’t depress investment because it would apply only to pre-existing investments and to projects that would happen anyway because they have above-normal returns. But even if all of these debatable assumptions are correct, expensing still may not have the positive growth effects that its supporters expect.

The basic problem is that the view that expensing boosts investment is rooted in traditional corporate finance models, which assume firms base their purchasing decisions on marginal tax rates; that is, the net present value of future taxes on income generated by a marginal investment divided by the present value of its expected returns.

But there is extensive evidence that businesses rely more heavily on other tax measures, such as their financial statement (“book”) tax rate or their statutory (“headline”) tax rate. This may be because managers turn to easy-to-calculate tax measures, or because they rationally respond to the biases and limited information of investors who do so.

Either way, this implies that firms would respond less to the positive investment incentives created by expensing than traditional theory suggests. Expensing itself does not actually lower a company’s book tax liability because the financial accounting rules completely disregard the economic benefit of deferring tax payments. In contrast, those rules do treat rate cuts and tax credits as providing economic benefits to firms. Meanwhile, expensing requires a substantially higher statutory rate than policy alternatives with the same revenue effects.

Thus, expensing would increase firms’ book tax rate and statutory tax rate, compared to revenue-equivalent alternatives. To the extent that firms focus on these tax measures—which they appear to do a lot—expensing would encourage less investment, not more.

I roughly estimate the effect on real-world decisions by combining the best evidence to date of how firms make decisions with revenue estimates of various reforms. My tentative conclusion: Estimated conservatively, a business cash-flow tax would increase the tax rate that public and very large companies rely upon when making investment decisions by at least two percentage points—and possibly by much more—compared to changing the cost recovery rules to better reflect economic depreciation. Both alternatives assume that Congress adjusts the statutory tax rate so each raises the same amount of revenue as the other.

Further, it may help explain why most other countries have reformed their business income taxes in the opposite direction of expensing—slowing down cost recovery and using the new revenue to lower statutory rates.

To be sure, there may be other reasons to support a business cash-flow tax. But many apply equally to reforms that move towards economic cost recovery. For example, both reforms could simplify tax compliance and tax planning if structured well. Both could be combined with reforms that largely eliminate the current tax bias in favor of debt-financed investment, which the House Republican plan laudably includes as part of its proposal.

Still other arguments for expensing become less compelling once one considers how firms actually make investment decisions. For example, expensing supporters generally argue that it would increase the progressivity of business income taxes, holding revenue constant. But this argument turns on firms responding by investing more. If they do not, it would actually reduce tax progressivity overall.

For all these reasons, the cash-flow piece of the House Republican plan deserves deeper scrutiny. Economists may wish that firms behaved in line with the assumptions in their traditional models, but Congress should construct tax policy based on how firms actually do business, not how they operate in theory.

A robot puts on the top of a Tesla Model S at the Tesla factory in Fremont, Calif., Friday, June 22, 2012. The first Model S sedan car will be rolling off the assembly line on Friday. (AP Photo/Paul Sakuma)