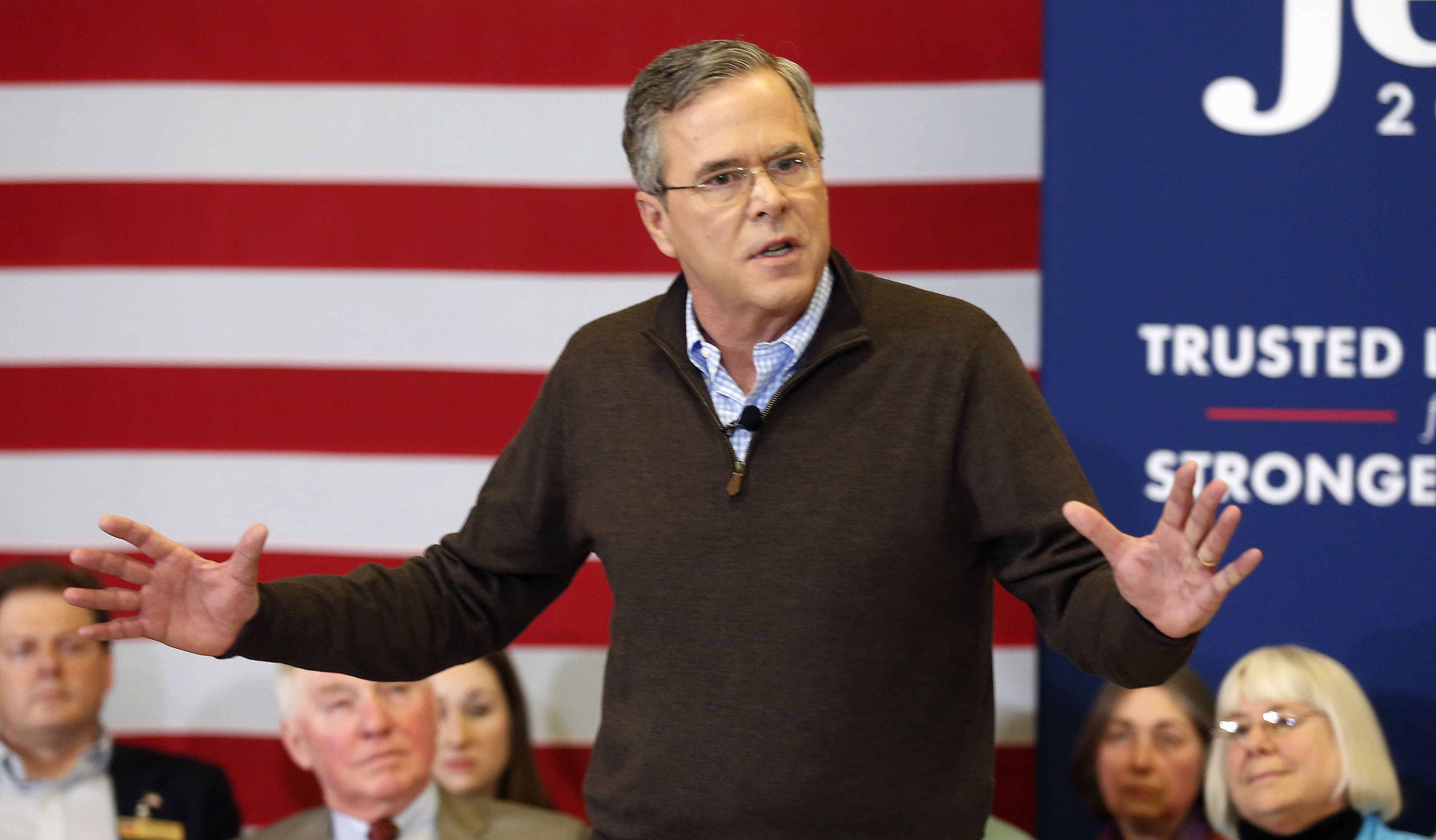 Jeb Bush has put forth a tax plan that is ambitious in design, comprehensive in scope, and fairly detailed for this stage of the campaign.  In contrast to some of the wilder ideas that permeate the tax debate among Republicans, Bush’s proposal offers many interesting structural changes worthy of substantive and reasonable discussion, but the plan would blow a hole in the budget, and distributional effects are likely to be quite regressive.

Not surprisingly, many features of the plan echo Mitt Romney’s 2012 proposals.

Bush would cut the top personal income tax rate to 28 percent, repeal the alternative minimum tax, the estate tax, and the investment income surtax created by health care reform, reduce the top corporate rate to 20 percent, and move the U.S. to a territorial system – where corporations would not pay taxes on foreign income. Romney’s plan contained all of those features, except he would have only cut the corporate rate to 25 percent.

Bush would accelerate firms’ deductions for investments, but eliminate their ability to deduct interest payments. This would have the combined effect of setting the effective tax rate on new investment equal to zero.  Romney had a similar, but largely unspecified, goal of “promoting saving and investment.”

Bush wants to pay for his plan by eliminating “convoluted, lobbyist-created loopholes” and capping deductions by the wealthy.  He would retain the charitable contribution deduction, abolish write-offs for state and local taxes, and cap mortgage interest and other deductions at 2 percent of adjusted gross income.  Romney favored a similar approach to capping deductions, but details were never fully pinned down.

There is one striking area where the plans are different:  while Romney famously railed against the (then) 47 percent of tax filing units that paid no income tax, Bush claims that under his plan 15 million more Americans would no longer pay income tax.  This would largely occur through a higher standard deduction and increased tax credits for low-income workers.

A number of other features are worth noting.  Bush would eliminate marriage penalties through changes in the standard deduction and a plan to allow second earners to file as a single person.

Bush would impose a one-time 8.75 percent tax on the unrepatriated foreign profits of American companies as part of the transition to a territorial system.

Bush would cut the maximum tax rate on interest income – which is currently taxed like wages – to 20 percent.  He would tax carried interest, which would not raise much money, but would be a symbolically meaningful effort to close loopholes exploited by the wealthy.   And in exchange for eliminating the estate tax, he would end the loophole that allows inherited assets to escape income tax on capital gains.

A new paper by leading conservative economists John Cogan, Glenn Hubbard, Martin Feldstein, and Kevin Warsh – in defense of the plan – acknowledges that the static revenue loss over 10 years would be about $3.4 trillion over the next decade.  They argue that “dynamic scoring” would replace about two-thirds of the revenue loss, but that would require the growth rate to rise by at least 0.5 percentage points per year.  This seems like quite an optimistic scenario, given that the evidence that income tax cuts can boost economic growth rates is weak.  Feldstein, in work with former CBO director Douglas Elmendorf, has estimated that even the vaunted Reagan tax cuts had little impact on the growth rate.

Regarding distribution, Bush has released some selected numbers for  his plan but the examples are incomplete – they focus on households with particular characteristics rather than on broad groups of households, and they omit many of the proposed regressive tax changes – for example, for the estate tax and corporate tax.

The New York Times quotes Bush, describing the populist motivation for his plan, as saying “The new normal is a comfortable ride for the affluent people that live off of their portfolios.”  Bush’s plan, however, would accentuate that trend:  it would cut the tax rate on capital gains for the wealthy by almost 4 percentage points, the tax on their wages and business income by almost 12 points, and the tax on their interest income by a whopping 23 points.  There are some items – like restricting itemized deductions – that would raise taxes on high-income households, but you don’t get $3.4 trillion in revenue loss from cutting taxes on poor people.  When the formal numbers come in, they will show big tax cuts for the wealthiest households.

Expect supporters to argue that Bush is just moving policy back in the direction of the Tax Reform Act of 1986 or the plan proposed by the Bowles-Simpson commission on fiscal reform –  lowering rates, simplifying rules, eliminating deductions.  In those ways, that characterization may well be correct.  However, TRA and Bowles-Simpson included increases in the taxation of saving and investment, which helped keep the changes distributionally- and revenue-neutral, while the Bush plan would cut the tax on such items substantially.

Ultimately, Bush’s plan is a welcome addition to the policy debate.  It is rare to see a candidate propose to eliminate or curtail provisions for state and local taxes, business  interest payments, carried interest, a capital gains loophole, and mortgage interest.   But revenue-losing, regressive tax change is not what the country needs.