Tax Day Headaches: Public Understanding of the Tax Code and Perceptions of “Fairness”

The event will be webcast live from this page.

America’s tax system is notoriously complex. It creates difficulties for the government in its efforts to administer the system and enforce compliance, and it creates difficulties for taxpayers, who are often confused and stressed when Tax Day comes. How well do American taxpayers understand the tax code? What makes people perceive their taxes as “fair,” and does understanding change their perceptions of fairness?

Brookings fellow Vanessa Williamson will present new research on American taxpayers’ perceptions of the tax code as part of the second annual Lubick Symposium.  This new research features results from a Tax Policy Center survey done in conjunction with the news website Vox.com.  Williamson also will discuss her recent book on American’s perceptions of the tax system.

The event will be webcast live. You can register to view the webcast here.

The Tax Policy Center established the Donald C. Lubick Symposium Series in 2016 to honor Don’s extraordinary record in promoting better tax policy founded on the principles of efficiency, equity, and simplicity. The Tax Policy Center places a premium on clear, engaging, and accessible analysis of current and emerging policy issues. Funding supports an annual public event to be held every spring around Tax Day that addresses key current issues in tax policy and tax administration. The symposia engages policymakers, senior officials, scholars, and the press in analysis and discussions at the frontier of tax policy.

Throughout his career, Don has dedicated himself to promoting the cause of better tax policy.  He epitomizes selfless public service and has earned the respect and admiration of his colleagues in the Treasury and White house, as well as from political leaders in both parties, government leaders abroad, and the broader tax policy community.

For his service, Don received Treasury’s Exceptional Service Award in 1964, the Alexander Hamilton Award in1980, and the Treasury Medal in 1999 “for his unselfish dedication to public service spanning four decades.”

He also served on the International Monetary Fund’s expert panel on fiscal affairs and was a Senior Fellow with Harvard Law School’s International Tax Program.  In those roles, Don participated in tax reform missions in Eastern Europe, the Dominican Republic and elsewhere, and co-authored Basic World Tax Code and Commentary, a template for tax reformers around the world.  He chaired a Tax Reform Committee for the City of Buffalo, and served on the Advisory Committee on Reform of the Election Laws for the New York State Legislature and the Advisory Group to the Commissioner of the Internal Revenue Service, and as a member of the American Law Institute. He also chaired the American Bar Association’s Committee on Domestic Relation-Tax Problems.

Between service under Carter and Clinton, Don was a Managing Partner with the Buffalo-based law firm of Hodgson, Russ, Andrews, Woods & Goodyear, to which he returned after each of his government positions. Don and his wife Susan, have three children, Jonathan, Caroline, and Lisa and nine grandchildren (one deceased). 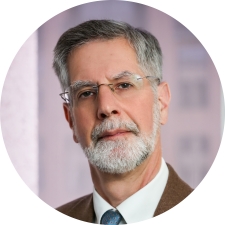 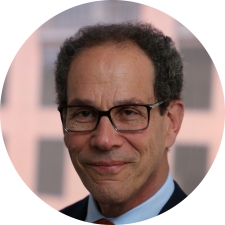