How Foreign Tax Changes Affect U. S. Businesses and the Prospects for Tax Reform

Changes in the taxation of business income by our major trading partners are creating shock waves in the United States. Corporate tax rates in other countries have been falling, while the US federal rate has remained at 35 percent since 1993. The combined state-federal corporate tax rate in the United States is now the highest in the Organisation for Economic Co-operation and Development (OECD). Most other countries exempt most foreign-source income of their multinationals from tax, while the United States continues to tax repatriated profits. And many other countries provide new benefits for their multinationals including “patent boxes” that allow special tax rates for income from research and innovation. The OECD’s base erosion and profit shifting (BEPS) initiative intends to limit the ways companies can shift their profits to low-tax jurisdictions to avoid taxation, but American multinationals complain that BEPS targets them. And in the wake of BEPS, some countries are enacting new “diverted profits taxes” that target US multinationals.

On Tuesday, May 3, the Urban-Brookings Tax Policy Center will examine the implications of these worldwide changes for tax reform in the United States. The symposium is named for Donald C. Lubick, who served in senior tax policy positions in the government for over four decades, and honors his extraordinary record of public service on behalf of better tax policy.

After the session, panelists will take audience questions. The event will feature a live webcast. Join the conversation on Twitter at #LubickEvent.

The Tax Policy Center is establishing the Donald C. Lubick Symposium Series to honor Don’s extraordinaryrecord in promoting better tax policy founded on the principles of efficiency, equity, and simplicity. The TaxPolicy Center places a premium on clear, engaging, and accessible analysis of current and emerging policyissues. Funding will support an annual public event to be held every spring that addresses key current issues intax policy and tax administration.  The symposia will engage policymakers, senior officials, scholars, and thepress in analysis and discussions at the frontier of tax policy.

Throughout his career, Don has dedicated himself to promoting the cause of better tax policy.  He epitomizesselfless public service and has earned the respect and admiration of his colleagues in the Treasury and WhiteHouse, as well as from political leaders in both parties, government leaders abroad, and the broader tax policy community.

For his service, Don received Treasury’s Exceptional Service Award in 1964, the Alexander Hamilton Award in1980, and the Treasury Medal in 1999 “for his unselfish dedication to public service spanning four decades.”

He also served on the International Monetary Fund’s expert panel on fiscal affairs and was a Senior Fellowwith Harvard Law School’s International Tax Program.  In those roles, Don participated in tax reform missionsin Eastern Europe, the Dominican Republic and elsewhere, and co-authored Basic World Tax Code and Commentary, a template for tax reformers around the world.  He chaired a Tax Reform Committee for the Cityof Buffalo, and served on the Advisory Committee on Reform of the Election Laws for the New York StateLegislature and the Advisory Group to the Commissioner of the Internal Revenue Service, and as a member ofthe American Law Institute. He also chaired the American Bar Association’s Committee on Domestic Relation-Tax Problems.

Between service under Carter and Clinton, Don was a Managing Partner with the Buffalo-based law firm ofHodgson, Russ, Andrews, Woods & Goodyear, to which he returned after each of his government positions.Don and his wife Susan, have three children, Jonathan, Caroline, and Lisa and nine grandchildren (one deceased). 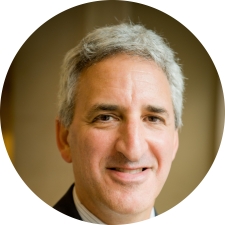 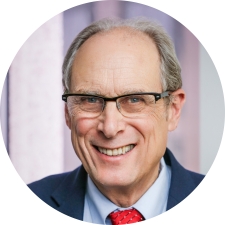