What are the sources of revenue for local governments?

What are the sources of revenue for local governments?

Local government revenue comes from property, sales, and other taxes; charges and fees; and transfers from federal and state governments. Taxes accounted for 42 percent of local general revenue in 2017. 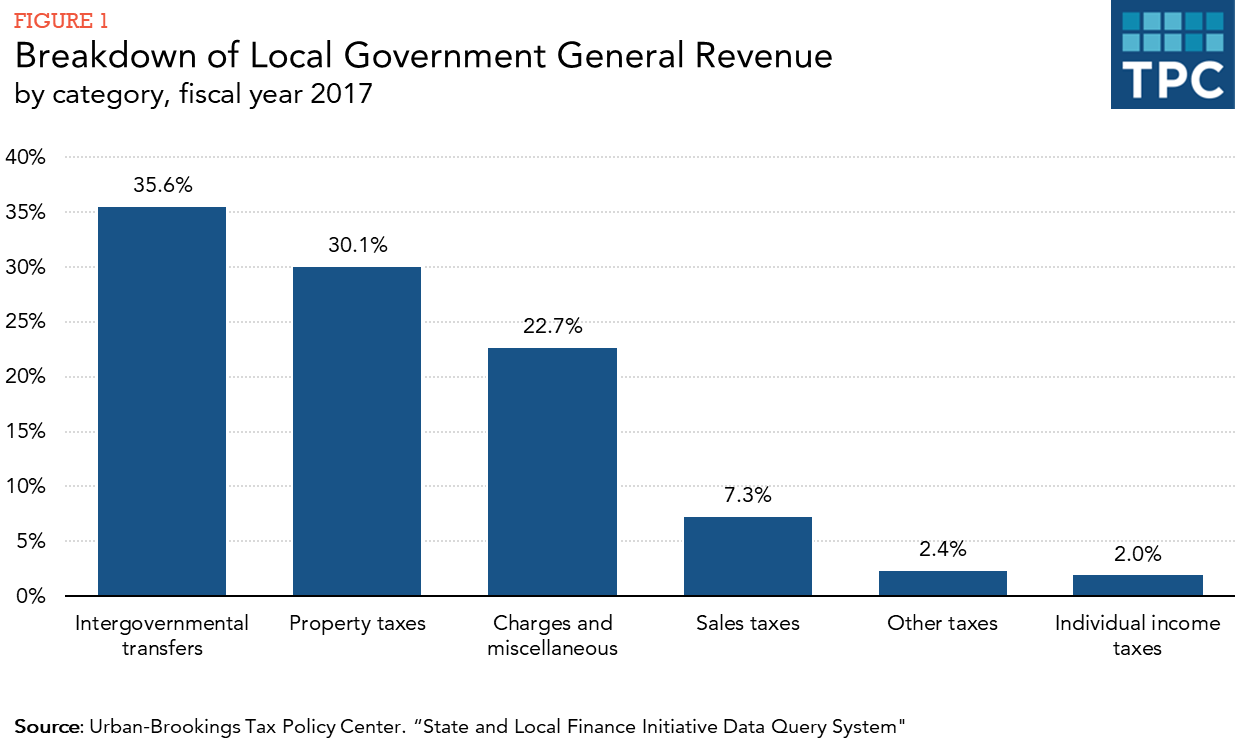 The share from intergovernmental transfers also fluctuated somewhat over time, falling from 43 percent of general revenue in 1977 to 36 percent in 2017. Revenue from charges, fees, and miscellaneous sources increased from 15 percent to 23 percent in 1985 and has remained roughly at that level since then (figure 2). 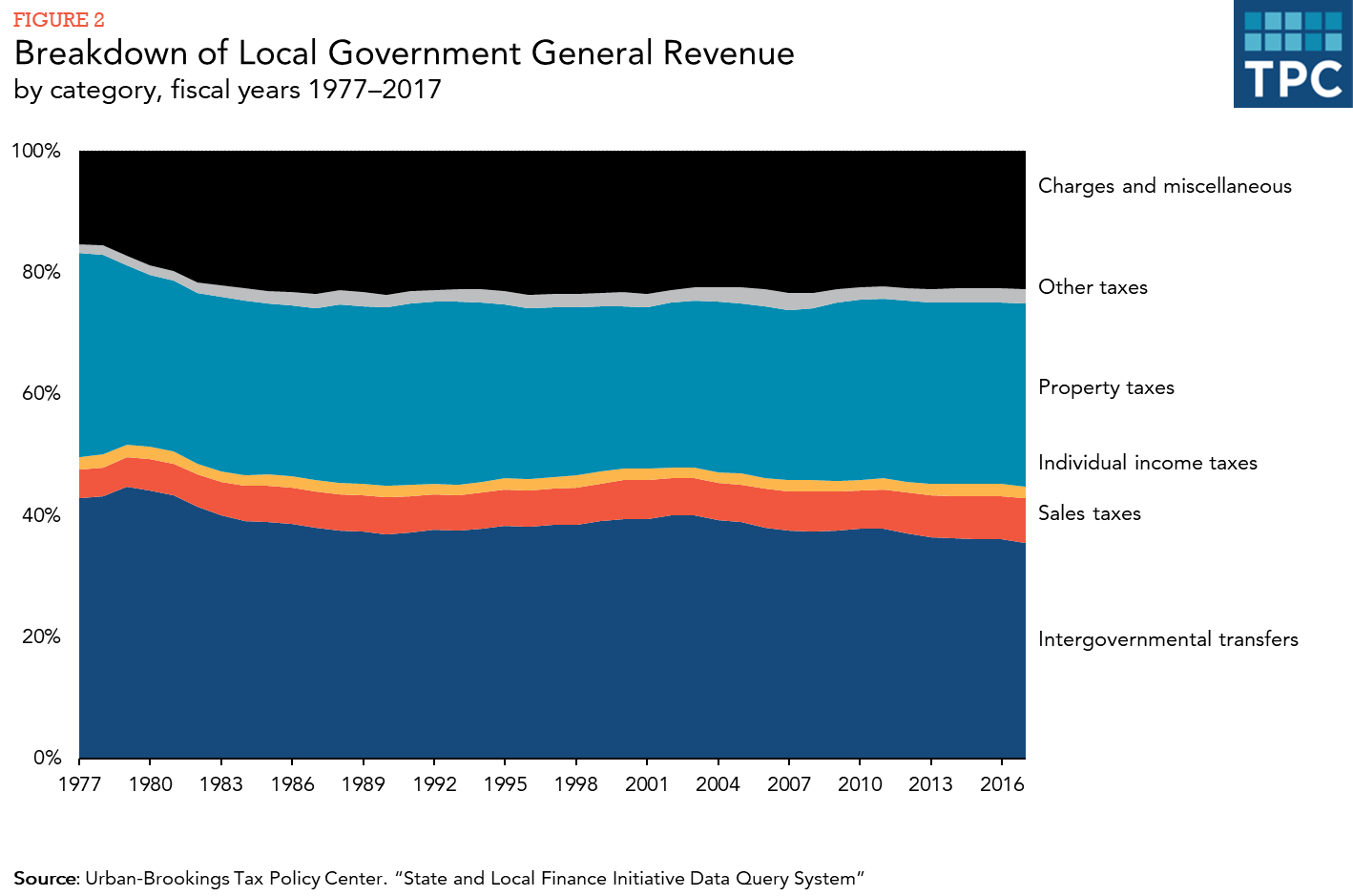 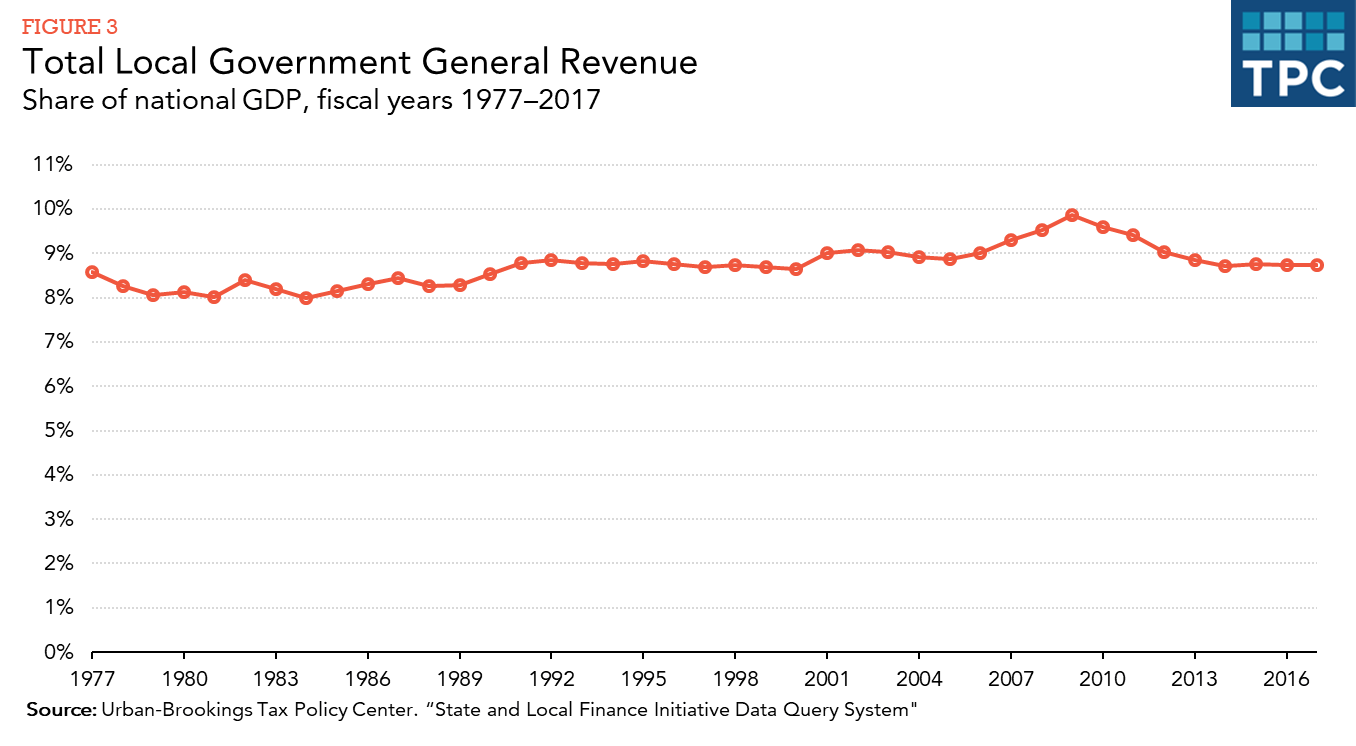 Much of the change in local government revenue relative to the economy resulted from increasing and decreasing transfers from federal and state governments. Transfers fell from 1977 through most of the 1980s but increased slowly though the 1990s. This source of revenue is mostly cyclical; it grew sharply during the 2001 and the 2007–09 recessions, receding in both cases as the economy recovered (figure 4). 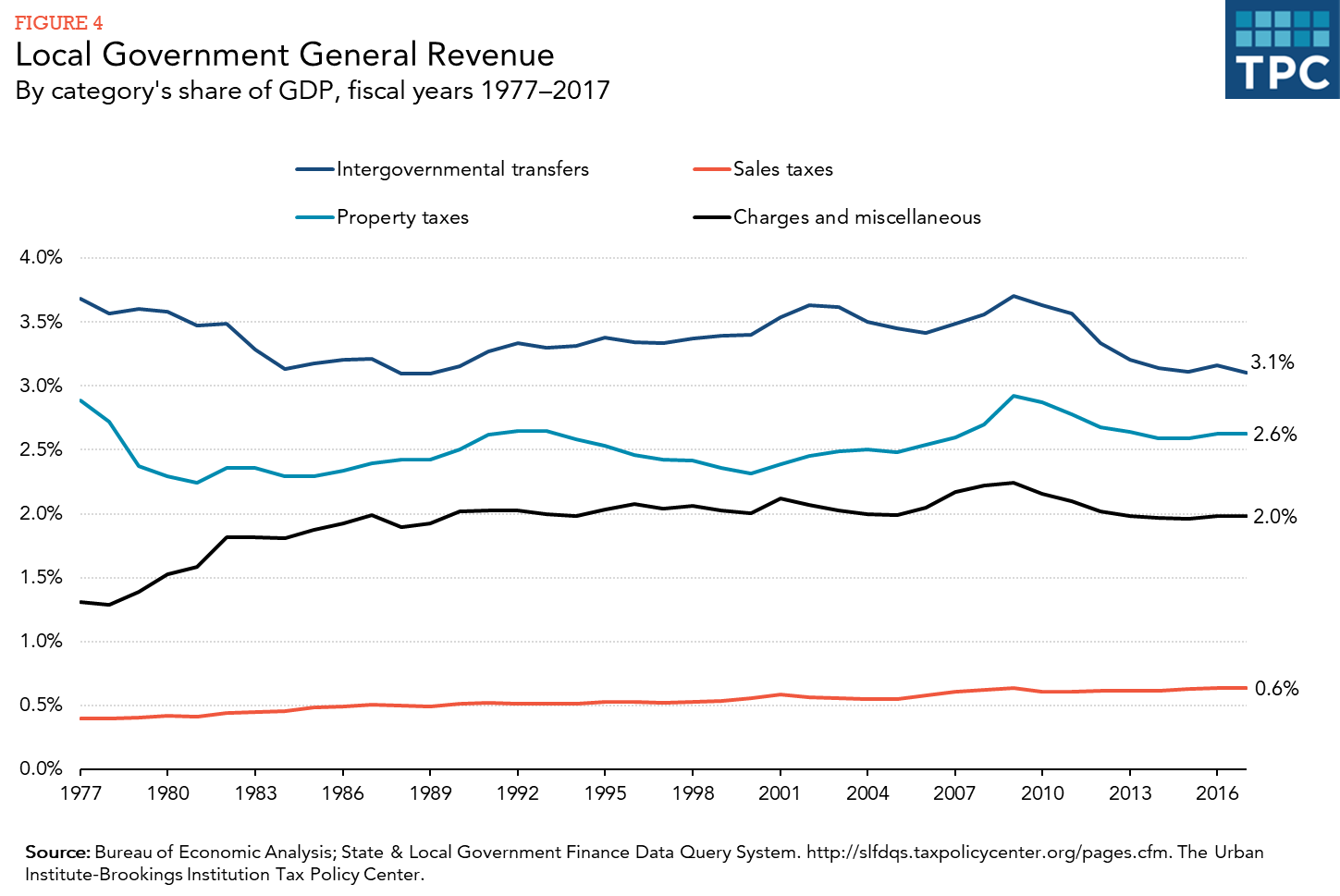